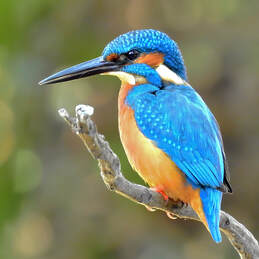 A kingfisher catches fire,
Dousing its burnt copper belly
In the muddy waters of the Ver.
Granting a vision of its glorious
Paradisaical blue.

We follow as it targets and drops,
Working the river from tree to tree,
Its eye and beak intent on fish.
Oblivious to those on the bank,
The not-fish, the other.

Look, look! I say and we watch
The bird do its timeless task
Of kingfisher
In peerless blue.

In the park, people walk.
Fixing their gaze on the path,
The pushchair, their partner.
Intent on new year resolutions,
Digging deep into their hearts,
Worrying away at their happiness, at
What I do is me.

Not one stops to see the other:
The kingfisher as he dives, splashes
And flashes, flashes again.


This is one of my poems appearing in a new collection out soon: Triple Measures:  New poems by KM Miller, Ian Gouge and Tom Furniss. Published by CoverStory Press.
Short stories
A number of my short stories have appeared in the anthologies published by Hertford Writers’ Circle.
Here are two of my favourites:

Midnight Nell and the Tunnel of Dreams
You might take me for the black dog of legend, harbinger of misfortune and death, but I’m not saying that’s me...

Jane Austen's Excursion
My dearest Cassandra. How may I convey to you the calamity that overtook me after my letter to you on Tuesday...