In 2012 Director Richard Syms and I set up Pins & Feathers Productions, a professional community theatre company based in East Hertfordshire. Pins & Feathers has mounted four original shows, the most recent two touring to a wide range of venues locally – from small village halls to Knebworth House!
The company’s aim is to create a close bond between audience and performance, through high-quality new work, telling stories which speak directly to the local community.
Pins & Feathers’ new project, currently in development, explores the nature of community at a time of national crisis, through a play based on The Diary of John Carrington, a unique journal by a Hertfordshire farmer from the late 18th century, in a time of highwaymen, food riots and fear of Napoleon.

My scripts can be made available for performance by other companies, professional or non-professional. Please contact me for details. The scripts of The Last Witch, Seeing It Through and The March have now been published in book format: https://coverstorybooks.com/pins-feathers-three-plays-kate-miller/

The Last Witch      2012
'Jane Wenham of Walkern, you stand indicted for conversing familiarly with the Devil in the shape of a cat.'
In 1712 a notorious court case at Hertford Assizes marked a turning point in English social history, when Jane Wenham, from the village of Walkern, became the last person to be convicted of witchcraft under English law.
The Last Witch by Kate Miller, directed by Richard Syms, was performed at Hertford Theatre Studio and in the grounds of Walkern Hall in 2012, marking the 300th anniversary of the trial and bringing to life an important episode in local history, in the places where it happened. It was a unique community event, in which cast, musicians and backstage crew were a mixture of professionals and volunteer members of the local communities. 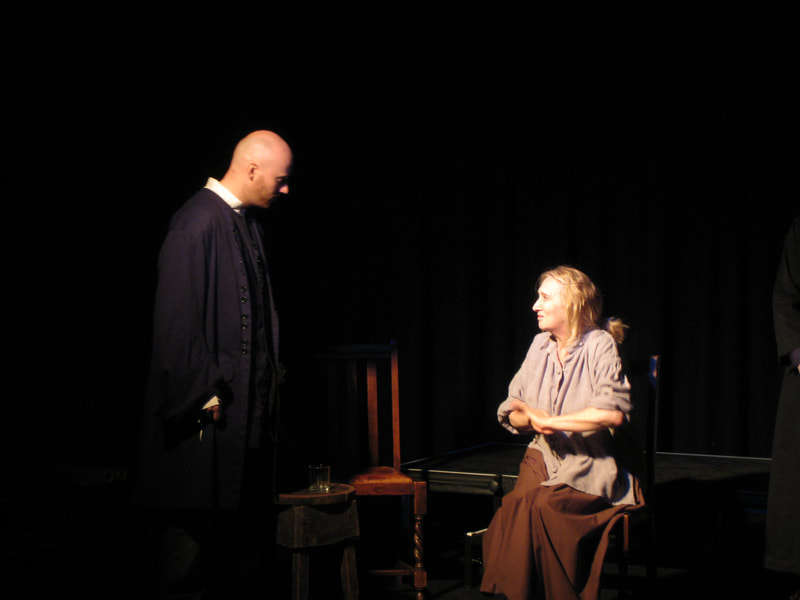 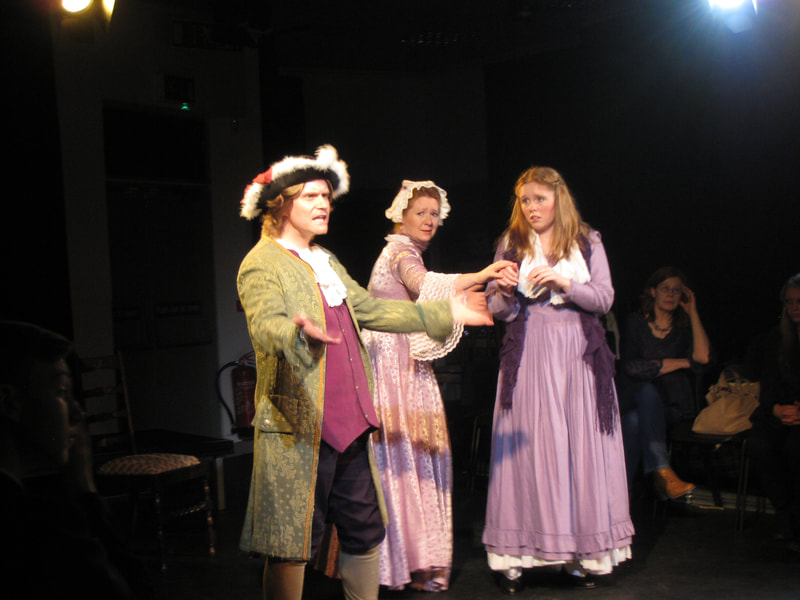 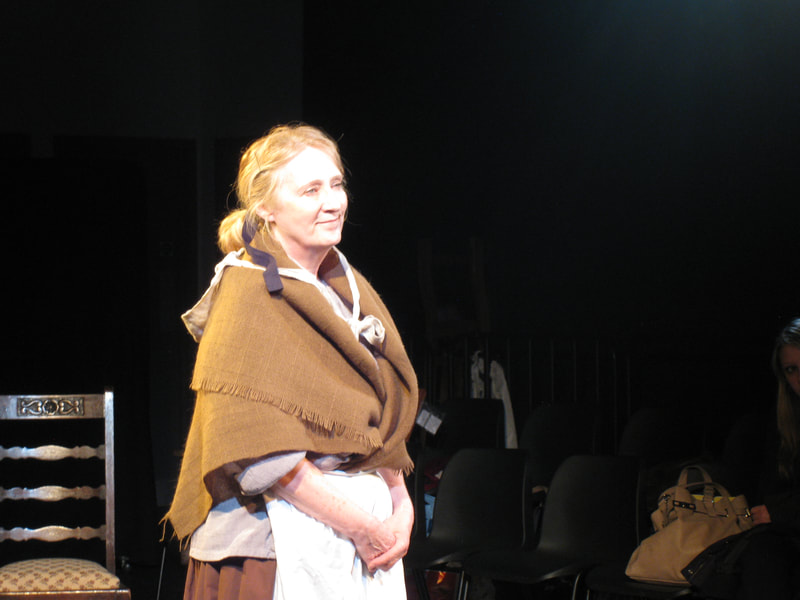 ​Seeing It Through      2014 and 2016
What should you do in a Zeppelin raid? Why did women battle to be in the land army? How could conkers conquer the Kaiser? Why did the East Herts by-election of 1916 cause a national scandal?
Seeing it Through, by Emma Blowers, Kate Miller and Erin Thompson, directed by Richard Syms, is based on detailed research into life on the home front in Hertford, Ware and the surrounding villages during the First World War. The play draws on words and music from 1914-18 to explore a time of unprecedented upheaval, loss, change – and opportunity – in the town and countryside. The play had two sellout performances at Hertford Theatre Studio in November 2014 and went on tour in East Hertfordshire in October 2016.
A fast-paced and entertaining production, five actors played an array of characters, from aristocrats to agricultural labourers, soldiers to conscientious objectors, with real-life figures including novelist Annie Swan, ‘Biggles’ author W E Johns,  suffragist Louisa Puller and controversial politician Noel Pemberton-Billing. 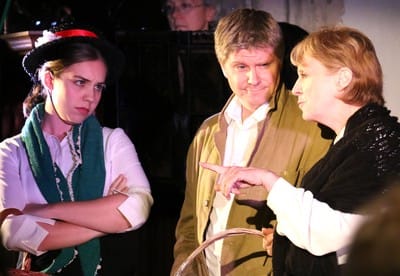 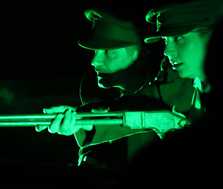 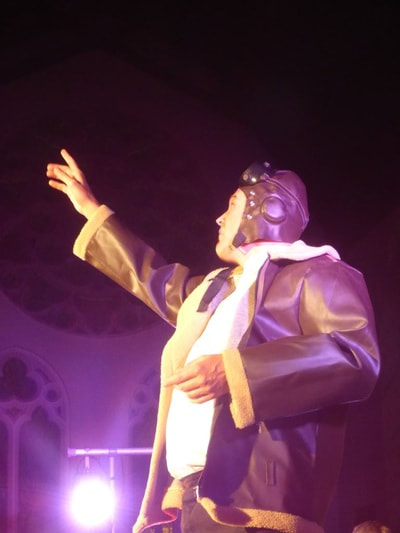 First Light      2015
First Light is a contemporary passion play, produced in the spirit of the great English medieval passion plays as a community project which uses the telling of the Easter story to examine issues in people’s lives here and now.
Performed in modern dress and set in a place which is somewhere between 21st century Britain and 1st century Palestine, First Light was created with a large company of professional and non-professional actors, under the direction of Trevor Michael Georges. It was staged at St Andrews Church, Hertford, on Good Friday and Easter Saturday 2015.
Written by Kate Miller, with contributions from Alan Stewart, First Light is an inclusive play, designed to be performed and viewed by anyone, regardless of personal beliefs and faith, as it brings together a 2000 year-old story with the dreams, fears and struggles of 21st century Britain to explore the universal themes of love and loss.
The play was also performed as a community production Sole Bay Churches, at Easter 2018, and was performed in St Edmund’s Church Southwold and on the beach. 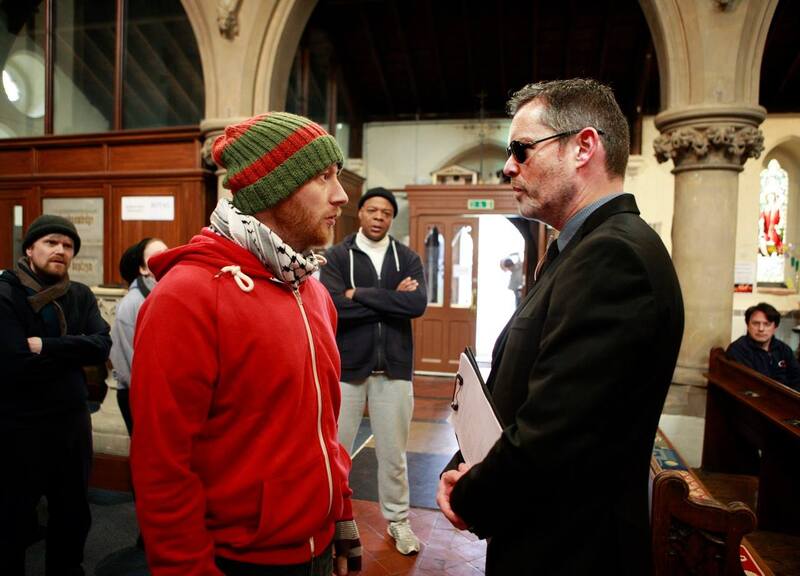 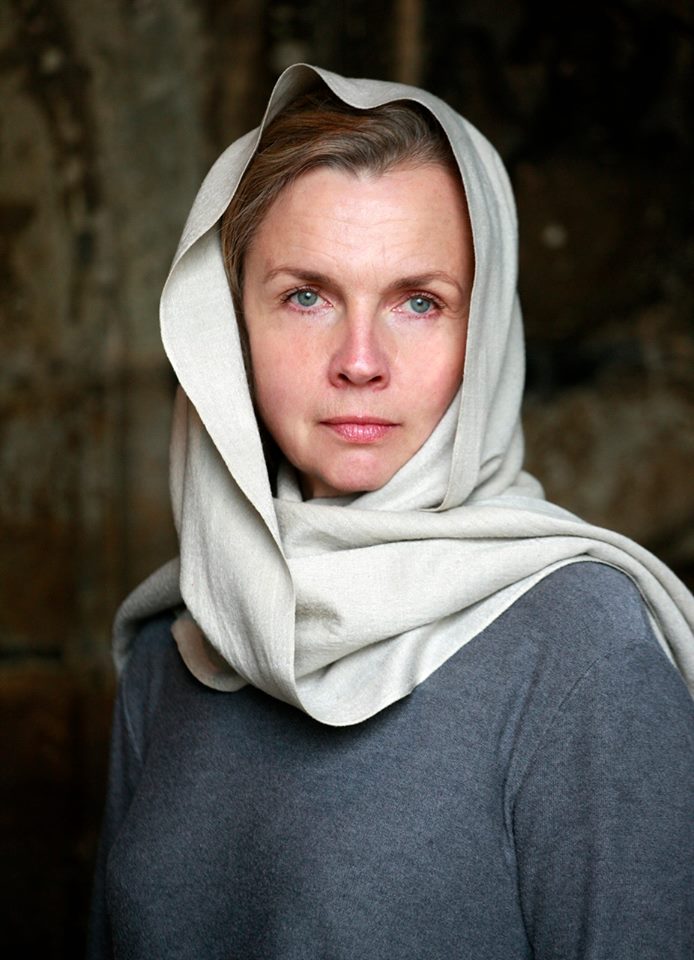 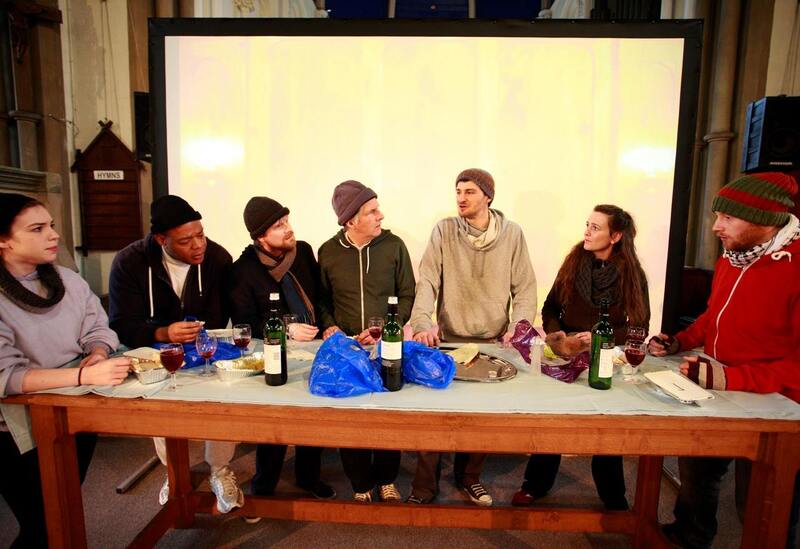 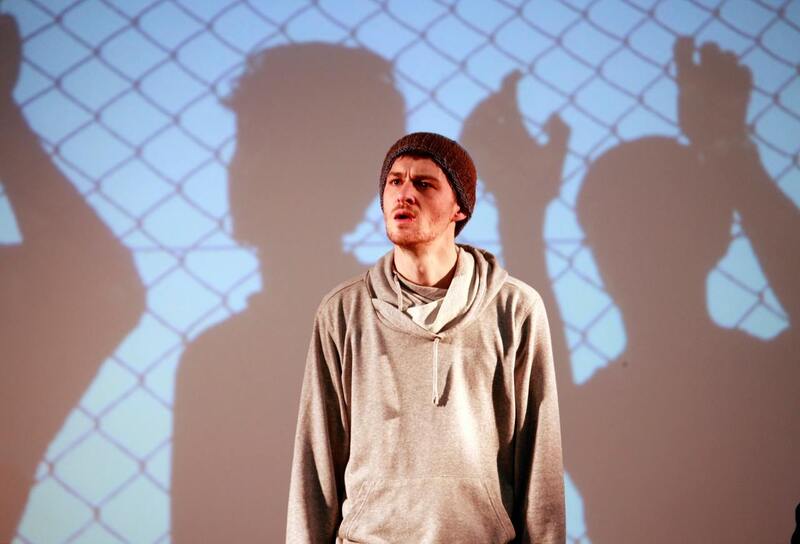 ​The March      2018
Deeds or Words? Suffragettes, Suffragists and the Great Pilgrimage – the story of Hertfordshire women’s long road to the Vote.
Produced to celebrating the centenary in 2018 of women getting a vote in national elections, The March by Kate Miller, directed by Richard Syms, explores the struggles of those who fought for change, their setbacks and their triumphs – including the extraordinary Great Pilgrimage of 1913, in which women from all over the country marched to London to demonstrate peaceful mass support for the vote, passing through Hertfordshire and showing the true power of women on the move.
In September 2018 the play toured to theatres and community venues in Hertfordshire, including Knebworth House, home of suffragette Constance Lytton, one of the characters in the play, and the final show was at St Paul’s Covent Garden, the Actors’ Church.

A fascinating play The March is clearly a play with a lot to say about gender, politics, family and social perspectives. However, its real strength is in the way it asks the audience to decide: How does the struggle of one social group compare to another? Is it better to stay quiet and safe, or take risks for your rights? And as the play puts it, ‘deeds or words’?   Hanna Gilbert, Hertford Arts Blog https://hertfordarts.com/theatre-review-the-march
From its heartfelt portrayal of famous events such as the London rally at which the Hertfordshire characters get caught up in the drama and police brutality, to the many provincial meetings and joining of the eponymous march to London, designed to show the power of women on the move, there is some wonderful storytelling of how the movement affected the lives of “ordinary” women from the Home Counties. This story is both interesting and very important because it is less well-known. I really enjoyed learning about how women, who lived where I live, reacted to and played their part in the cause.
Carla Brown, Hello Hertford blog 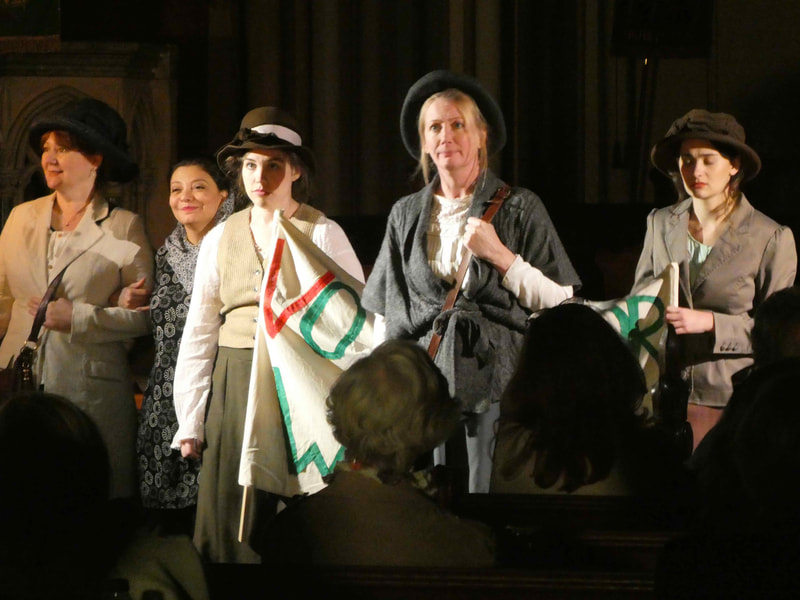 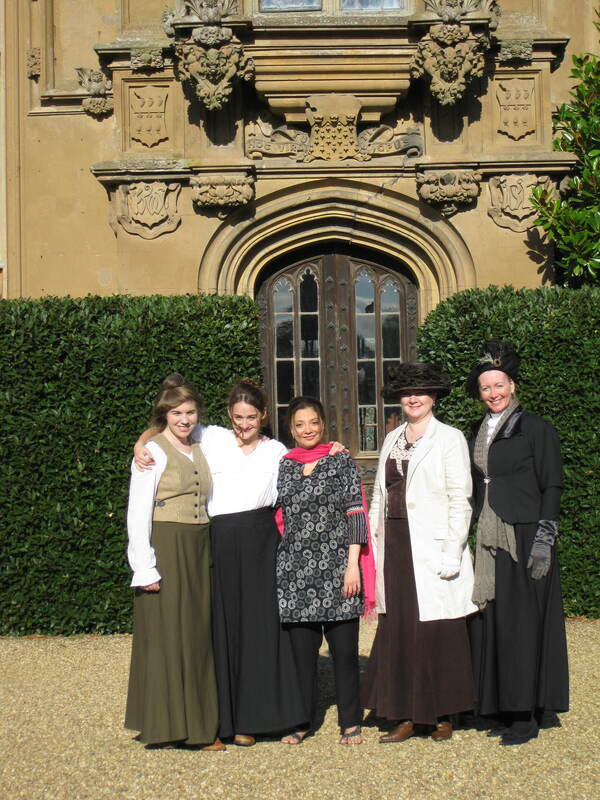 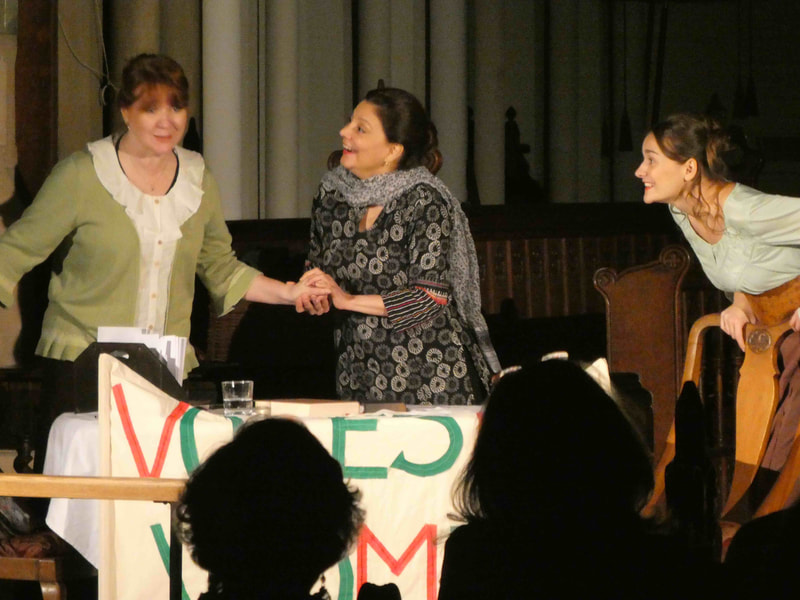 Other plays and productions include:

The Noose of Light, a one act play about Edward Fitzgerald, the 19th century poet. Directed by Graeme Curry, produced by WriteOn, performed at the ADC Theatre Cambridge.